Images of the end of the first week

This workshop I have  been writing about is a workshop I took several months ago, but since the teacher would come from Mexico City for one week, during  a three month period, it has taken me some time to organize the work and photograph it.  On the Friday the teacher  left after the first week, it was announced to us that we had to do some homework that consisted of four oils using a very limited palette, plus colors and combinations we did not frequently use.  He gave us the titles of the paintings, and that would be the theme. The first one was "In the middle of the Jungle", followed by a title I had forgotten but had to do with the elements of nature.  The third was " A Rock in my Path" and the fourth was "A Pelican eating a Fish at Sea"  They could be abstract or realistic and mostly from imagination. 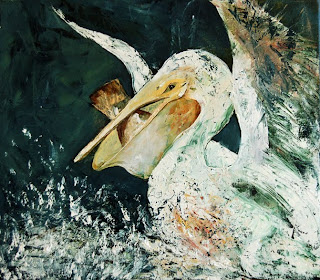 A Pelican eating a Fish at Sea 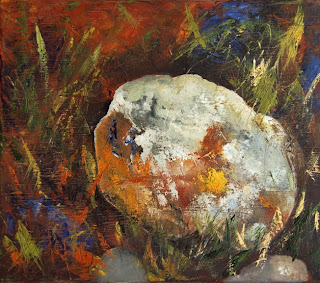 A Rock in my Path 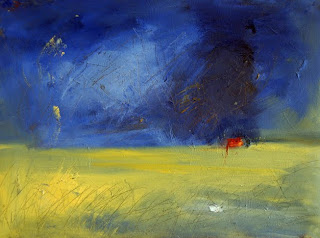 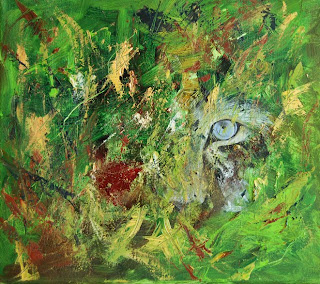 In the Middle of the Jungle
Posted by Mary at 2:46 PM

Fabulous pieces Mary and so varied. Gorgeous colours and shapes. I love the painterly look of them.

Absolutely stunning work, Mary! So glad you are back to blogging - missed you and watching your progress. Always inspiring. : )

I can tell you pushed yourself on this work. Very creative interpretation of the titles. So glad you posted.

Thank you Jeanette, it was quite a challenge because it is not what I do but I did have fun trying.

Thank you Karen, I didn't quite feel in my confort zone with these but I guess it is always good t try something different.

Thank you Robin, I'm happy to hear you found the interpretation creative, it sounded easy but when I was in front of the blank canvas I was really lost. :)

I love the Element of Nature!

Mary you have done a great job. Your painting is very beautiful and I really love the choices of colors. I want to congratulate you for everything you have done.

Mary you clever thing! I love these ... especially the pelican and the jungle one. I hope that you are pleased with them ... they are amazing!

Really impressive work, Mary! Talk about coming late to the party...has it been so long since I checked this blog?! Must be. I'm crazy about your pelican. Love it!

Thank you for sharing
This fabulous work with us
Good creations

I liked all 4 of them. Looks like you enjoyed the workshop. The best I liked was the one with Rock - stunning and beautiful colors

Mary, Your work is stunning!! I am so impressed. Please let me know how to contact you. I am a fellow graduate of SMA in Austin and we are having a reunion the weekend of April 16th. I thought we would never find you.
Linda Noack Lockney

Hello Mary,
I am very happy to see that painting is back with joy and passion.
A strong work, intense and increasingly mature ...
I want to continue to be surprised by your creativity sensitive.
Have a happy day.